We are lucky enough to be able to work with a small number of highly talented and experienced friends who help to keep us abreast of the latest developments on the fly fishing scene and up to date on a huge range of destinations throughout the British Isles and around the world. Each is there for a reason and has his or her specialist area of expertise. Together, they pretty well 'cover the waterfront' (rather an apt expression when talking fishing!) and you benefit from their vast experience. 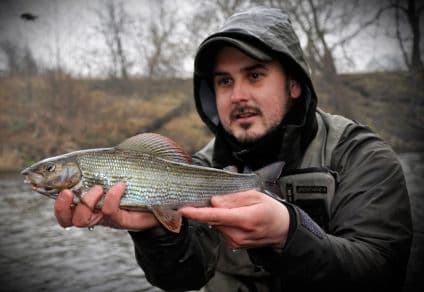 Competition Fishing - Stillwaters and Rivers and just about everything else!

Phil Dixon has been a fanatical competition angler since he was 'English Youth Champion' on his first trip to Rutland Water, aged 14 years old. He is a true all-round angler who has won almost every title, including two senior Loch style Nationals  As of 2012 Phil was ranked as the top English competition angler and is a regular member of the England World Championship team. Away from the competitive scene, Phil fishes extensively for Salmon, Sea Trout, Grayling and wild Trout.  He is a very professional angling guide, having access to much superb private fishing in England and Wales. Phil is also the driving force behind the popular Scierra Pairs competition. 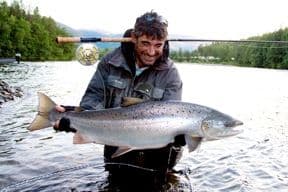 Matt is a great fisherman and a great friend. Think of a fly fishing destination anywhere in the world and Matt will almost certainly have been there, more than once. He never feels limited by the conventional approach and will quickly move to plans B, C and beyond if plan A isn’t working. Talking tactics with Matt is one of the great joys of any of our frequent fishing trips together. A regular contributor to several fly fishing magazines Matt is planning a book of his own to be published in the next 12 months. As a talented professional photographer Matt’s images are extensively used by magazines, authors such as Topher Brown in his award winning ‘Atlantic Salmon Magic’ and a wide range of fishing travel companies. When not travelling to yet another exotic overseas destination Matt is likely to be found on the banks of Grafham or Elinor or chasing chub on his local River Cam. David is another longstanding friend and an outstanding fisherman, who has represented England in International fly fishing competitions. A regular visitor to Scotland and Ireland, David is at his very best on large stillwaters – where the success of his beloved dry flies has to be seen to be believed (and I have seen it several times!) David is a great thinker when it comes to his fishing, always looking for new patterns and ideas which will give him the edge. (How many people have fished for salmon with a sinking line and a booby?!) David is another regular contributor to magazines such as Trout & Salmon and Trout Fisherman and we are lucky to be able to tap into his vast reservoir of knowledge and experience to ensure the flies we offer are the best available.

Colin Macleod
Saltwater Fly-Fishing in the UK, Bass and Mullet Raised on fishing for the wild trout of Caithness, Colin now lives on the south coast of England, where his passion lies with the wild fish inhabiting our shores and the constant development of flies and tactics to catch them. While never tiring of the thrill of doing battle with belligerent bass, mercurial mackerel, gyrating garfish, plunging pollack and the occasional thornback ray, Colin particularly relishes the challenge provided by the mullet species inhabiting UK waters. Once deemed uncatchable, regular sport with these enigmatic and hard fighting fish can be enjoyed with the correct flies and technique. Why not discover for yourself precisely why mullet have gained the accolade of the 'British Bonefish.' 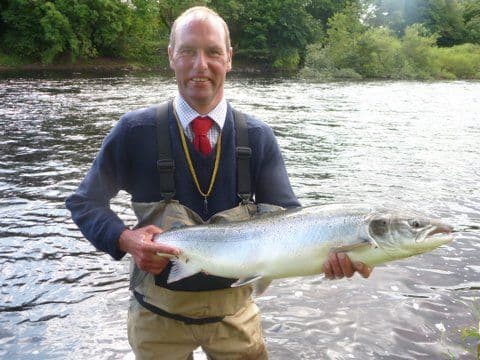 Gary learned his craft at Dinnet on the Aberdeenshire Dee before moving south of the border to the Tyne. As Head Ghillie for the superbly maintained Bywell fishery, Gary has played a key part in making this not only the most productive salmon beat in England, but one of the very few Atlantic Salmon beats anywhere in the world capable of averaging within a whisker of 400 fish per year. Gary is also a talented fly tyer, regularly attending the British Fly Fair International as one of the team of professionals and is the inventor of the deadly 'Tyne Toucan' salmon fly. This experience and daily awareness of the changing picture of salmon fishing in the UK makes Gary the perfect man to keep Selectafly abreast of what's new on the salmon front. We are delighted to have Marina as a member of our deliberately small and carefully chosen Pro Team. Already a highly capable fly-fisher in both fresh and saltwater she is now building up an impressive bank of experience both here in the UK and overseas and regularly hosts trips to places such as Norway and Belize. Her deep rooted passion for fishing and excitement at the waterside is immediately evident to anyone who fishes with her and she finds it hard to believe that so few young women have discovered our wonderful sport. As well as contributing to the overall direction of Selectafly Marina also helps us out on the social media side.
special offer

Mullet to the Rescue

The recent weather we have experienced here in the British Isles and throughout Europe must rank as some of our worst ever extended fishing conditions...However, it does seem to be getting a little cooler and maybe we'll start seeing some decent rain soon...The fish won't have seen a fly for a while and they'll be lining up for us!
Read more

"Are you on steroids? I placed an order yesterday afternoon and it has already been delivered. Here's hoping that the trout are also amazingly quick to respond... to these flies! Thank you." 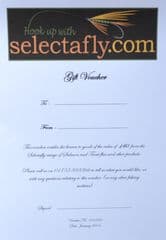